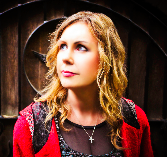 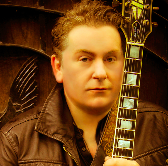 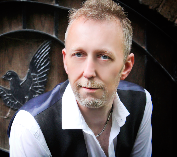 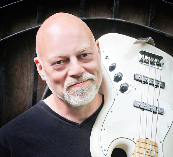 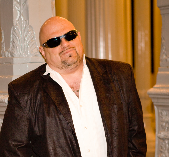 Dante Fox were formed in September 1989 by lead Vocalist Sue Willetts to create an exciting AOR / Melodic Rock band to match the class that was coming from across the Atlantic. She quickly joined forces with guitarist Tim Manford who played in Express who caused quite a stir with the press (i.e Derek Oliver’s Wimpwire from Kerrang for their single Crying To The Night) without getting major exposure.

The next few years were spent recording, writing and playing anywhere and everywhere.

On the strength of their songs and live performances, Dante Fox eventually caught the interest of Linda Bruce the owner of the renown Birmingham recording studio Rich Bitch Studio’s . She booked the band into their studio to record some high quality demo’s which were sent to various major labels in the UK. Despite some serious interest from 10 /Virgin Records no deal was signed. Shortly after Dante Fox were given the opportunity to appear on ITV television show ‘ Hit The Town’ hosted by the popular comedian Rory McGrath in which the band performed an edited version of the opening song from their upcoming debut album ‘ Lost And Lonely Heart.

Tim was also in correspondence with Mark Ashton (whom he had known for many years) who had recently signed Crown of Thorns to his record label Now and Then Records. Mark showed a big interest in the melodic sounds of Dante Fox and a deal was offered.

Dante Fox signed to Now and Then Records in March of 1996 and in May appeared on the Gods line up next to Hugo, Ten and Jamie Kyle. In August 1996 Dante Fox toured the UK as support for ELO on their Summer tour.

In October 1996 the debut album, entitled "Under Suspicion", was released in the UK and Europe. Many shows followed including a support tour with Enuff Z Nuff and shows at Mindview Festival in Belgium and Ardshock Festival in Holland. Capitalising on their European interest the band returned to Holland for a string of headline shows . In April 1997 Under Suspicion was released in Japan by Avex / Bareknuckle  and received an  87/100 review in BURRN magazine along with a Two page interview with Tim Manford in Young Guitar.

Through the summer of 1997 Sue and Tim started writing for the new album “The Fire Within” which was released on Frontiers Records in March 1999. The album included live favourites Under The City Lights , Firing My Heart and the dance floor hit  Remember.

More shows followed including Two appearances at the Gods festival 1999 where Dante Fox played on the Saturday then on the Sunday appeared as the backing band for US singer songwriter Stan Bush. In November 1999 The Fire Within was released in Japan by Avex/ Bareknuckle with Firing My heart and Under The City Lights added to  Masa Itoh’s Heavy Metal syndicate radio show playlist. The band also played with Mitch Malloy at Phoenix Rising Festival as well as other headline shows.

The band then decided to take a break, only to return in 2005, when they were offered a slot on the opening night at Firefest and also a support slot for Vixen and Girlschool, for their summer tour of the UK. This was a great chance to showcase some of the new songs that were being written including Breaking Me Down , Goodbye To Yesterday and Firing Guns all destined for the upcoming Fourth album.

After more shows in 2006, the band started to record their third album at Mad Hat Studios. The songwriting was moving in a slightly different avenue due to Tim Manford exploring his influences and showcasing the classic rock vibe of the new  line-up. Under The Seven Skies was released on Frontiers Records in March 2007 . The album included the  Nine minute title track and the live show opening song The Last Goodbye, Breaking Me Down, Walking The Line and the AOR ballad Goodbye To Yesterday. The album was voted best album of 2007 by the listeners of ARFM Radio. The band continued to support the album by playing shows with Danny Vaughn and Wigwam throughout 2007 and 2008.

Sue and Tim spent the next Two years song writing and taking time to find themselves musically. In this period Sue sang a duet with Bob Harris (Axe,Frank Zappa) on the song Still In My Heart by Shining Line and Tim played the guitar solo. This is where Sue and Tim met Alessandro Del Vecchio who was the producer on this record. This was the time when drummer Andy Perfect and bass player Alan Mills  joined the ranks to add their musical expertise to recording new Dante Fox material.

In December 2010 Dante Fox entered M2 Studio’s to record new material that would become the Fourth album ‘ Lost Man’s Ground ‘ Alessandro Del Vecchio was asked to help out with backing vocal arrangements and world renown keyboard player Eric Ragno (Graham Bonnet, Joe Lynn Turner and many other world class bands) offered to add his classy playing to the new Dante Fox album. The album was mixed in July 2012 and featured songs such as Who Stole The Innocence, Go Where Your Heart is and the epic title track Lost Man’s Ground that is considered the sister song to Under The Seven Skies from the Third album.

Dante Fox made a triumphant live return in 2012 armed with the electrifying new line-up and a string of very successful live performances and a new album ‘Lost Man’s Ground’ . Flying the flag with their exclusive brand of powerful melodic rock led by lead vocalist Sue Willetts

Dante Fox then rocked many stages including a magical night at the O2 Academy with US AOR giants Night Ranger and also dates with Electric Boys and White Widow . The band ended 2012 with a much anticipated  performance at a sold out Firefest and a slot at the very prestigous Hard Rock Hell festival with Sebastion Bach, Blackfoot, Ugly Kid Joe  etc..

Sue Willetts was voted 19 in the top 50 Female vocalists of all time in the leading UK magazine Classic Rock alongside Ann Wilson, Cher, Stevie Nicks and Pat Benatar.

In April 2013 the band performed at HRH AOR alongside Tesla,FM,Danny Vaughn etc and performed songs from all Four albums including fan favourites such as Firing My Heart,Under The City lights, Remember and Lost and Lonely Heart .The band then rocked Hard Rock Hell Ibiza in May 2013 spreading their melodic message.

The band also embarked on a very successful UK tour as special guests for Romeo's Daughter in Autumn 2013 and a appearance at HRH AOR 2 shortly afterwards in March 2014.

The band then spent 2015 writing and recording material for a new album. The album ‘Breathless’ was mixed and mastered at M2 Studio’s UK in May 2016 by Sheena Sear (Magnum )

The album also features US Keyboardist Eric Ragno ( who stepped in at the eleventh hour to record his parts) and British vocalist Lee Small (Shy and solo artist) who sang harmony backing vocals. Dante Fox are very excited to be working with AOR Heaven on ‘Breathless’ and are looking forward to presenting the new album to our fans on its 26th August release date.

Under Suspicion  - Now and Then Records

The Fire Within  - Frontiers Records

Under The Seven Skies  - Frontiers Records 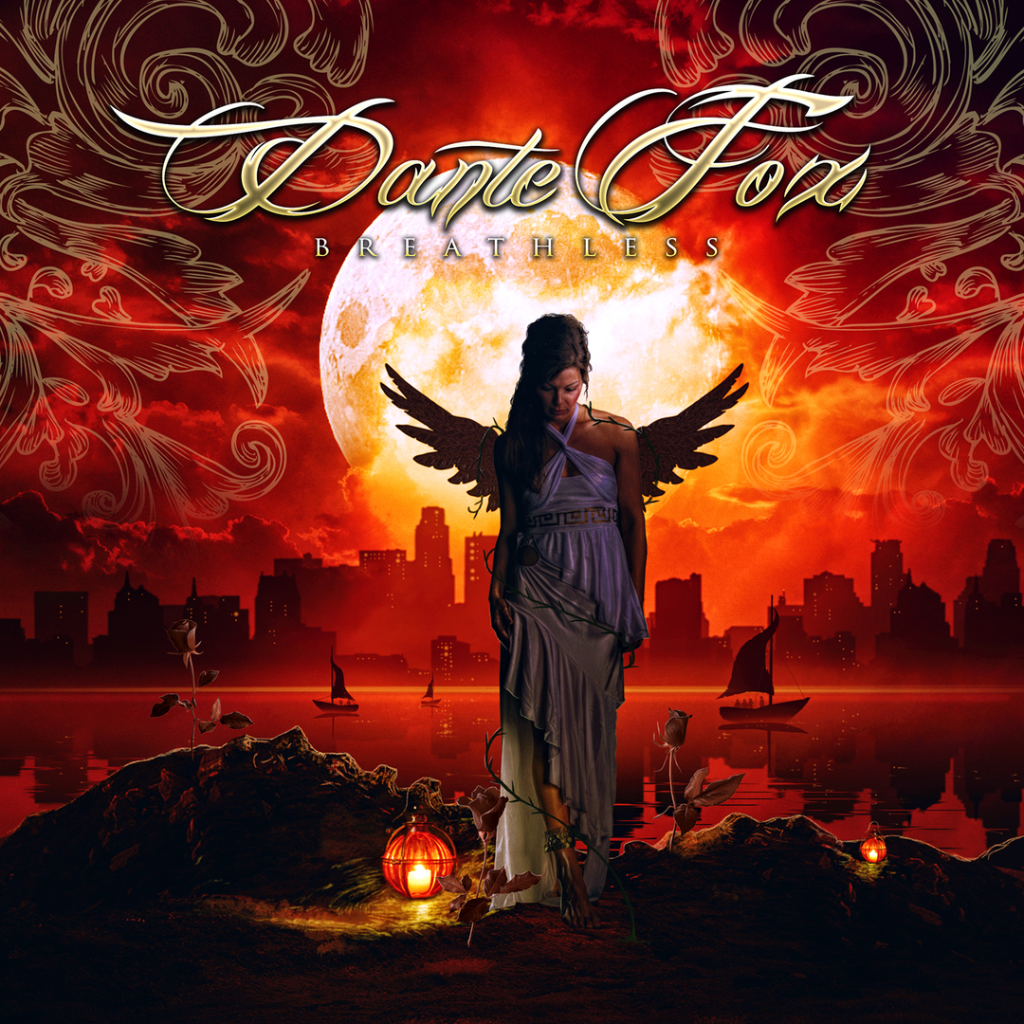 (WHERE TO FIND ME) 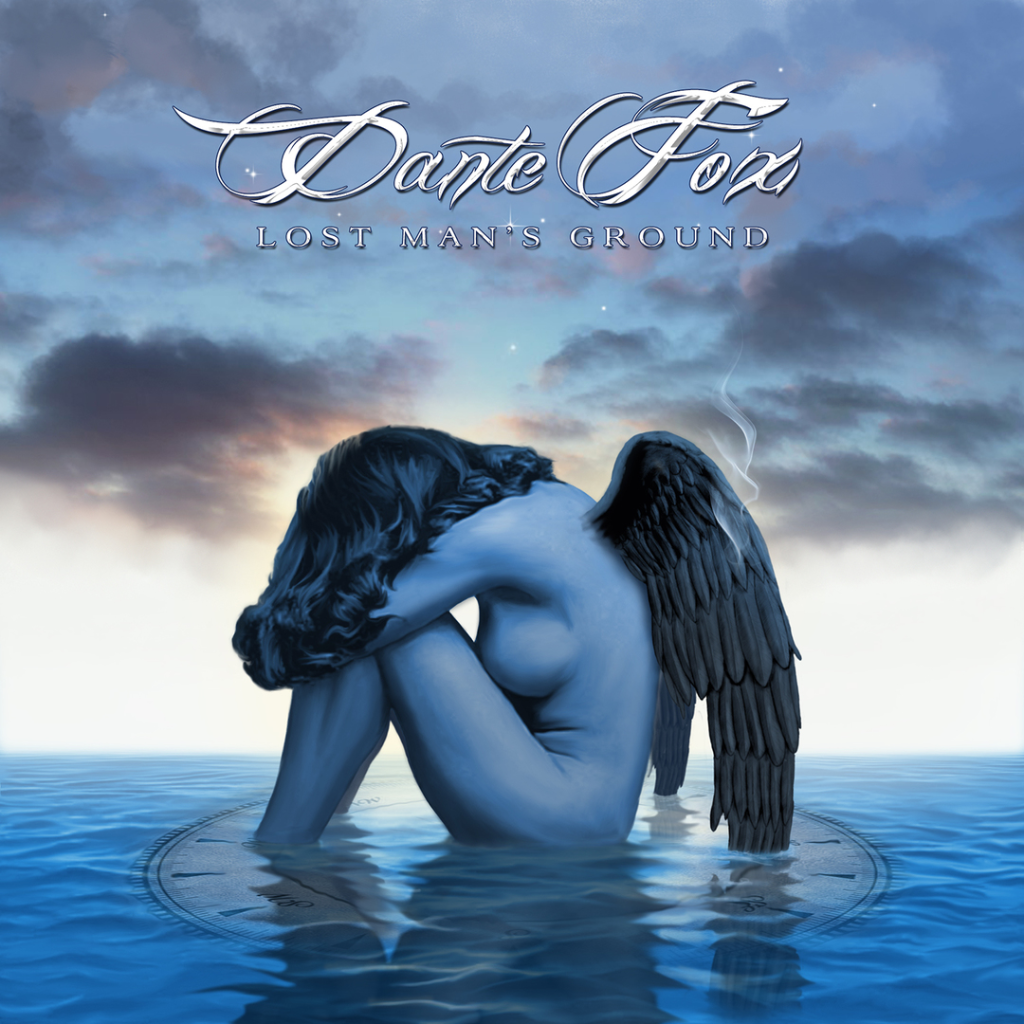 1. WHO STOLE THE INNOCENCE

2. GO WHERE YOUR HEART IS 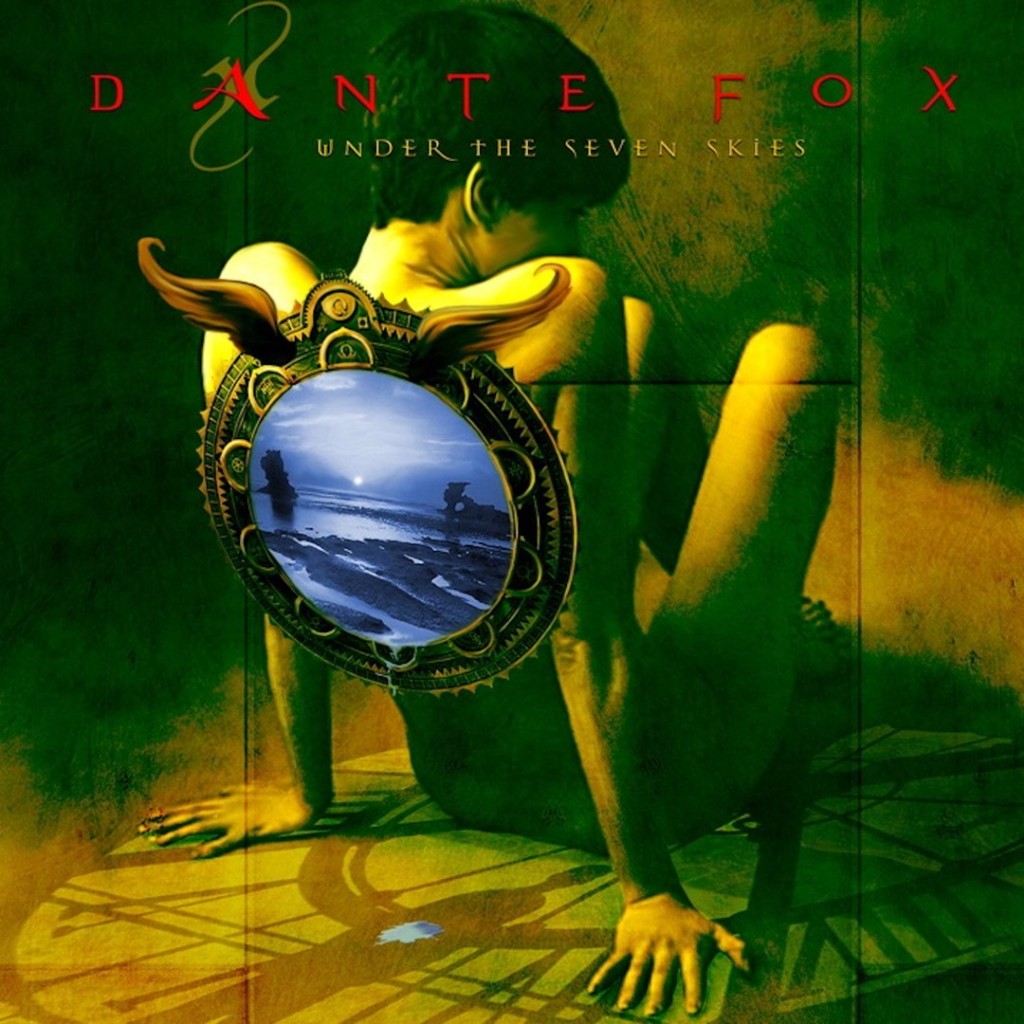 3. HOLD OUT YOUR HAND

7. LOVE TRIED TO FIND YOU

10. UNDER THE SEVEN SKIES 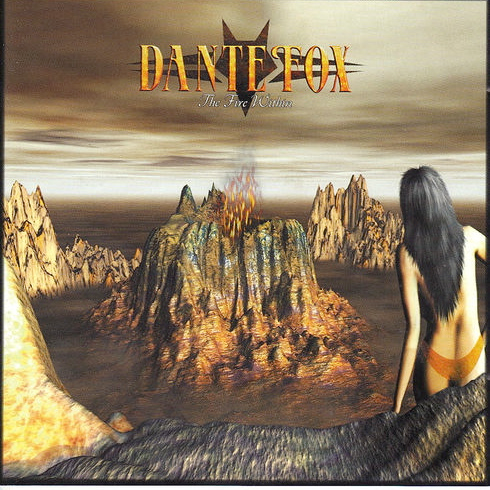 2. UNDER THE CITY LIGHTS

9. MESSAGE FROM MY HEART 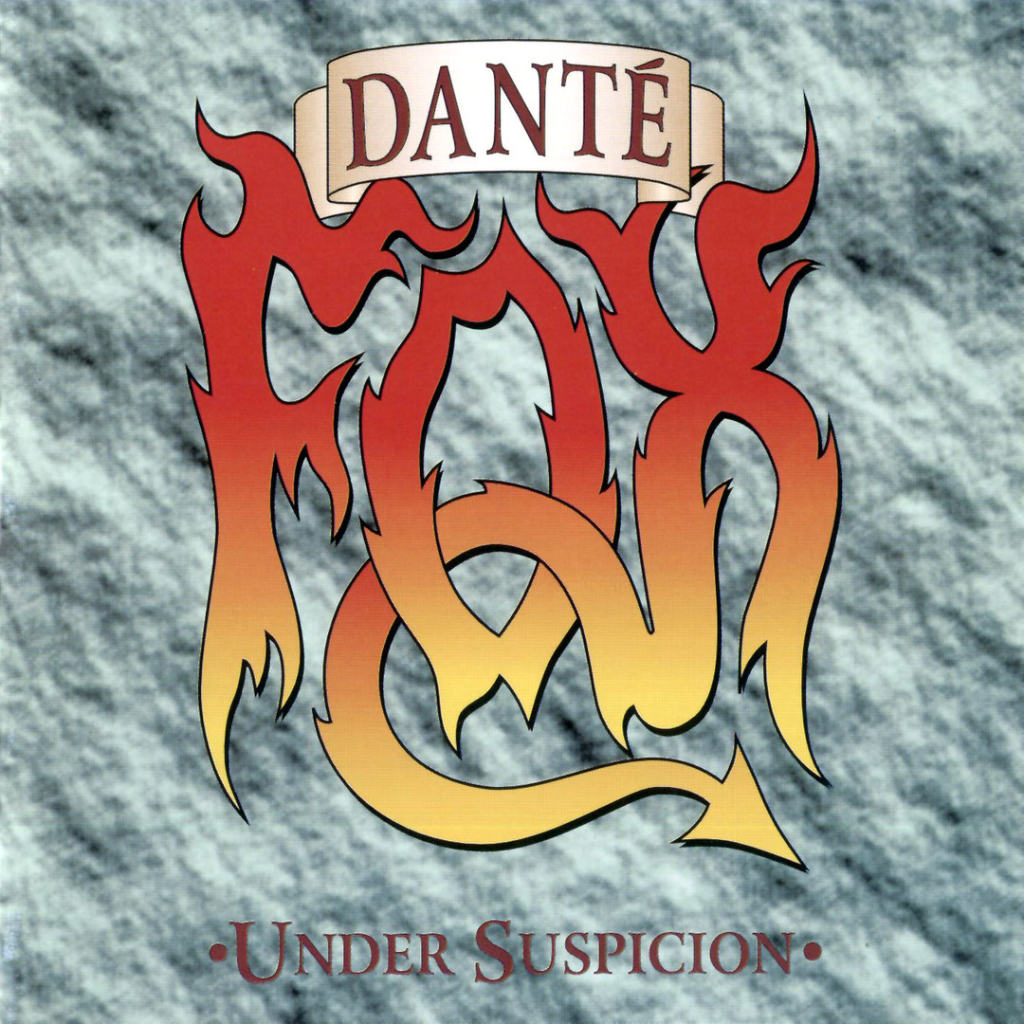 4. HOW DO WE LEARN ABOUT